What is Whitby Jet ?

Whitby Jet is a semi precious organic gemstone formed over millions of years from the fossilised remains of the modern day Monkey Puzzle, and other similar trees. It is smooth and lightweight and can be polished to a deep black lustre that could be used as a mirror. The term 'jet black'  meaning as dark a black as possible derives from the black colour of Whitby Jet. Good quality hard Whitby Jet will not crack or fade over time unlike some inferior types of  jet available throughout the world. Most gems are formed from minerals, however a handful of gems such as Whitby Jet are organic and formed from animals or plant life. Other organic gemstones include amber, coral and pearl.

Where is Jet found ?

Jet is found in many countries throughout the world including Spain (Austurias), U.S.A (Utah), Turkey, China, Germany and Russia. However much, of the Jet is of low quality.  It lacks the lustre of hard Whitby Jet and is also known to crack and break over time. Whitby Jet is found throughout the North Yorkshire Moors and along the coast around the town of Whitby. The remains of Victorian Jet mines can be seen along the coast between Boulby cliffs and Robin Hoods Bay. There are also the remains of extensive inland jet mines in areas such as Bilsdale, Bransdale, Great Ayton and throughout the Esk Valley.

Jet is found in individual seams unlike coal. It is randomly distributed throughout the shales of the Jet rock series known as the upper lias. This band of rock is around 20 feet thick and lies above the iron stone strata and below a thin band of limestone known as the Top Jet dogger. 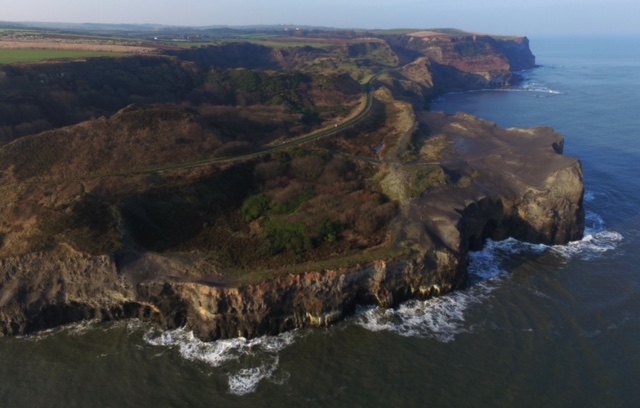 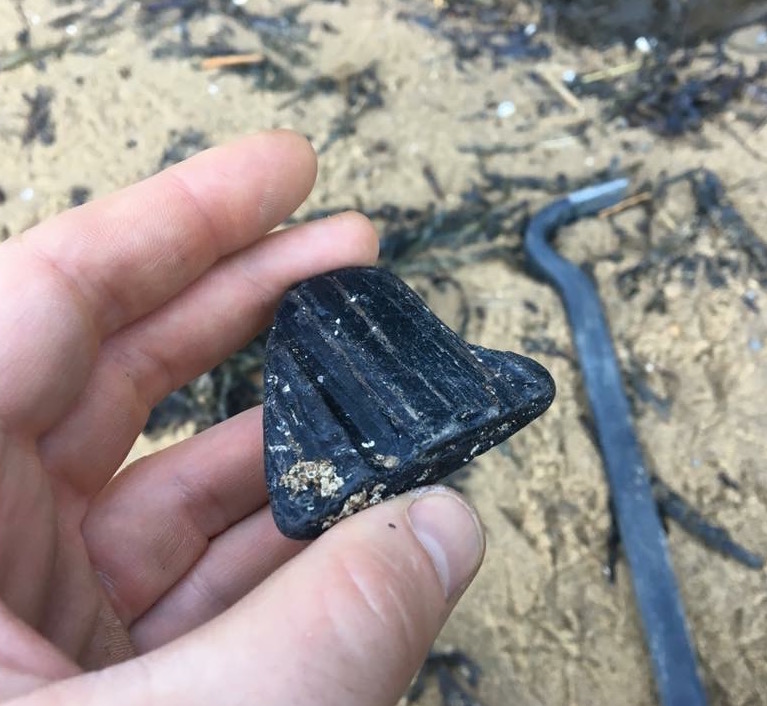 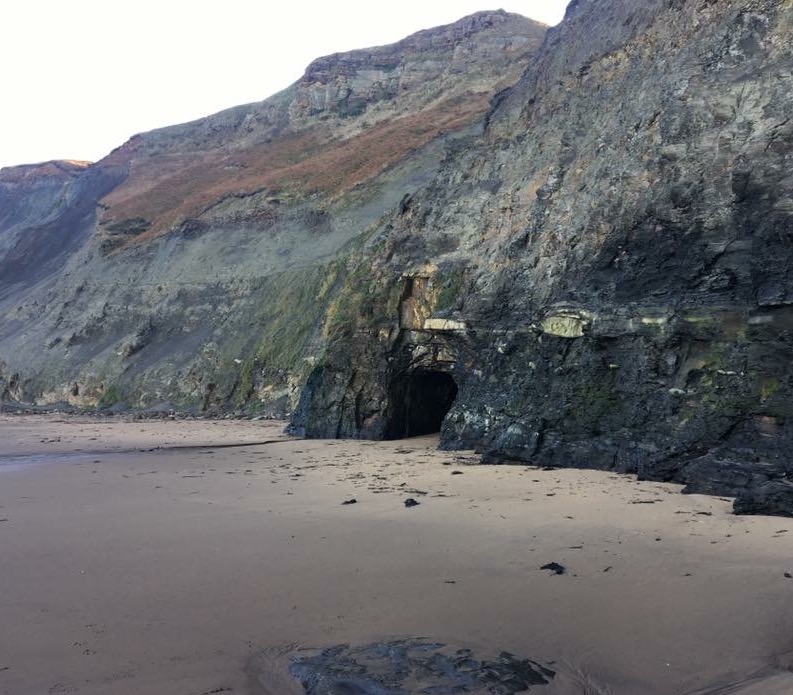 Whitby Jet can still be picked up along the seashore. As the cliffs along the North Yorkshire coastline gradually erode into the sea thin seams of Jet are exposed and often end up being washed into the sea. After a storm small pieces are washed up onto the beaches around the town of Whitby.

To test the quality of any Jet that you find, chalk the piece of Jet on sandstone or emery paper. It should leave a brown mark. The best quality Jet will leave a light brown ginger mark. This is hard Jet and the only type that should be used to make Jewellery. If the Jet leaves a dark brown mark it means it is poorer quality soft Jet. Although this may still take a polish it may break up or crack over time.

How was Whitby Jet formed ?

Whitby Jet was formed from the fossilised wood of the Araucaria araucana (Monkey Puzzle) and other similar trees that grew in the Jurassic period around 150 - 180 million years ago. After the trees had died and fallen some were washed down into the shallow water of the Yorkshire basin where they became waterlogged and sank to the seabed. As the trees washed down the rivers they would often be stripped of their branches or broken up. In the black mud anaerobic decomposition started to occur. Over millions of years the pieces of now pulpy driftwood were compressed as layers of organic rich sediment built up over time, creating extreme pressure and chemical change. The Jet would absorb the oils from decaying organic debris and marine plantlife such as plankton and algae.

Hard Whiby Jet is the only Jet that is suitable for use in Jewellery manufacture and was formed in salt water. Soft Whitby Jet was formed in a fresh water environment and is not suitable for jewellery. Soft jet is liable to crack or break after a period of time or when exposed to the sun.

Whitby Jet has a hardness of 2.5 to 4 on the Mohs scale of hardness making it an easy material to carve or cut. It also has a low specific gravity meaning larger brooches and beads can be worn in comfort such as was seen in the Victorian era when large items were at the height of fashion.

Mining for Whitby Jet started on the coast around  1840 and the last Jet mine closed in 1920 at Cod Hill near Guisborough. Mining occurred along the coast on the Jet outcrops between Ravenscar and Boulby, throughout the Esk valley and along the Northern escarpment of the Cleveland Hills as far as Osmotherly.

The mines were worked by small groups of men where drifts were driven in to the hillside by hand using a pick. The soft shale was then barrowed out into the hillside where any Jet was separated. Once the face of the drift became too hard to dig the roof of the mine was collapsed, working up through the band of rock until the top jet dogger was reached. The collapsed shale would be used to raise the floor of the mine and make a platform for working. This work was all done by candlelight with no ventilation. The large spoil heaps can still be seen along the Northern escarpment of the Cleveland Hills and throughout the North Yorkshire Moors.

The first jet workshops opened in Whitby in the early 1800's but it was the opening of the Pickering to Whitby railway that opened in 1836 that brought the Victorian holidaymakers to the town and created a greater demand for the Whitby Jet souvenirs. By 1850 there were around 50 ornament and   jewellery manufacturers.  In  1851 the great exhibition was held in London and  one of the the most talented Jet carvers, Isaac Greenery, exhibited his work and secured orders from various high profile guests. The Whitby Jet on show attracted international attention, raising the profile of the industry. It would be a few years later when Prince Albert died in 1861 that would once again bring attention to the industry. Queen Victoria wore Jet as part of her mourning dress for several years, which added to its popularity. In its peak in the late 1800's it is thought there were around 1500 people working in the Jet industry, supported by around 200 miners. Over the years fashions changed and the once bulky black carved statement pieces  that were once at the height of fashion were no longer worn. The huge demand during the peak of the industry and the high price of good quality raw materials saw many simulants such as pressed horn, vulcanite and lower quality imported materials being used. 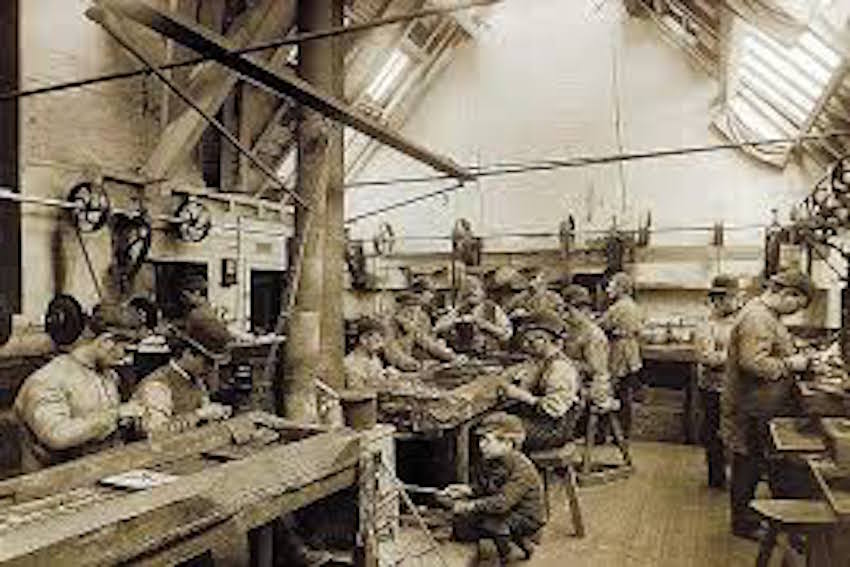 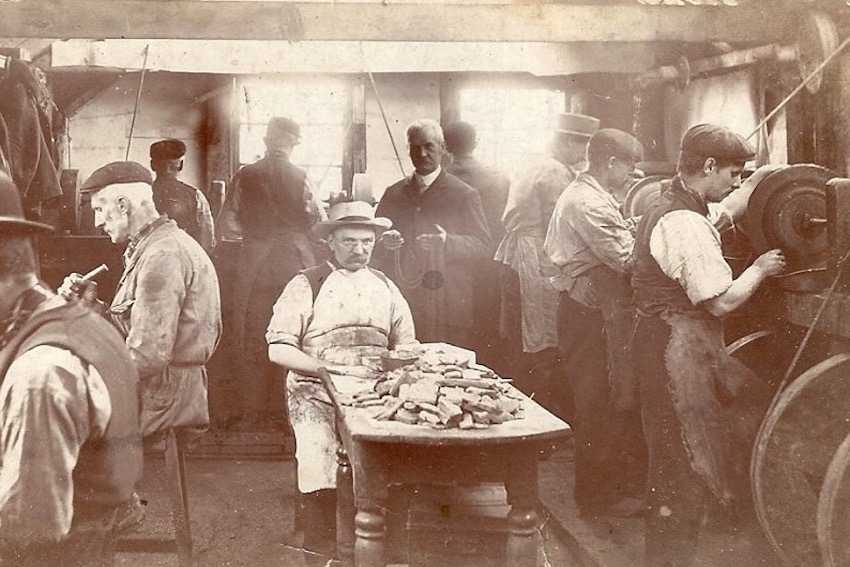 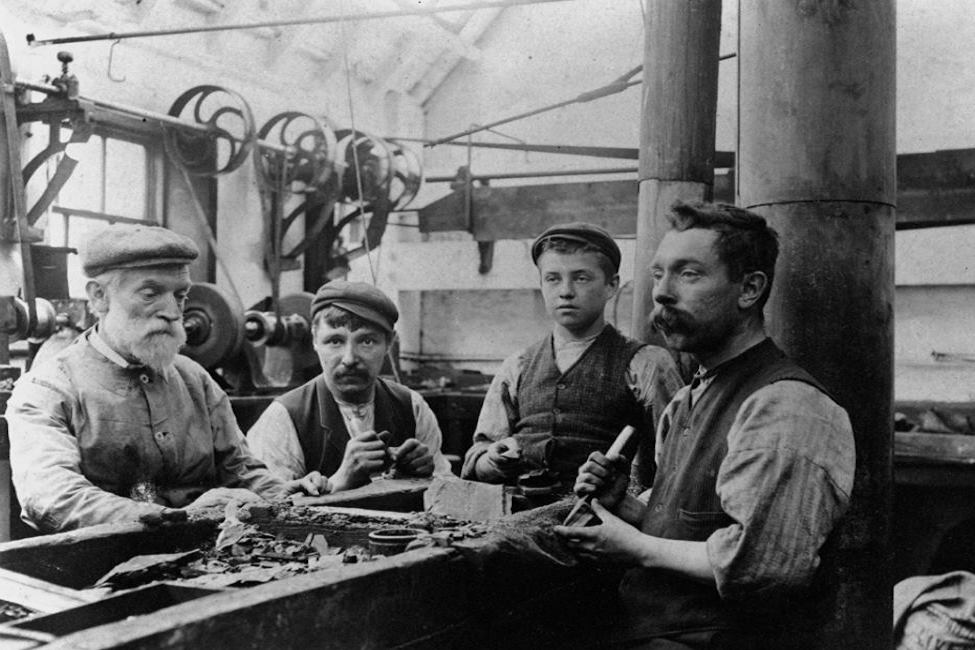 Photograph courtesy of the Sutcliffe Gallery

How can I tell if my Jet is real ?

Cheaper imitations are often sold as Whitby Jet. These include vulcanite, bakelite, black glass, coal, epoxy resin and bog oak. There    are a number of ways to check whether you have genuine Jet or an imitation.

Caring for your Jet

Always keep your Jet separate from other jewellery to prevent it from getting scratched. It can be cleaned using mild detergent and warm water. Wiping gently with baby oil on a piece of cotton wool will restore the shine.